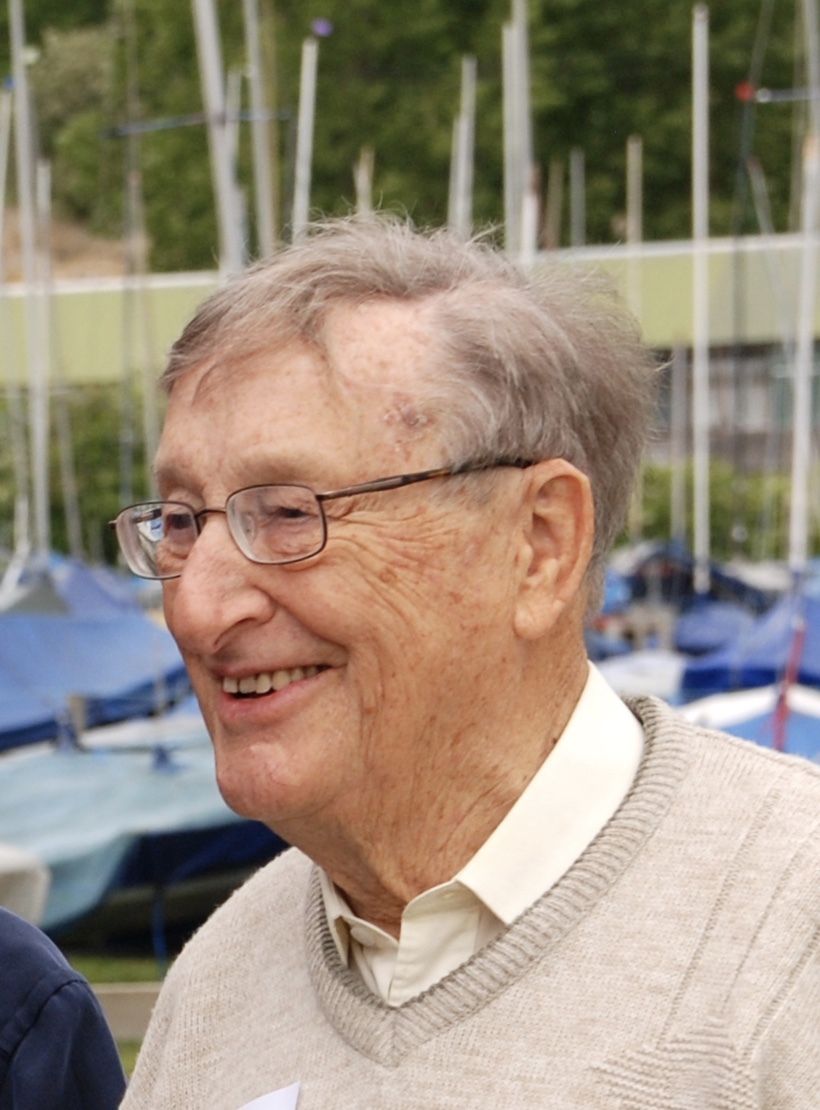 It is with great sadness that we have to report the death of former Commodore Peter Staples at the age of 89.

Peter took the helm of the club at a crucial time in its development, working for Tilcon who were quarrying the lake he helped secure us our tenancy of the water, and laid in place the plans for our current clubhouse, opened during the term of his successor Commodore, Phil Cawood. Phil paid tribute to Peter saying how much his mentorship and encouragement had helped him take on the role of Commodore. He also noted Peter and Margaret's long standing involvement in the social side of the club, from club holidays to Salcombe, the club barn dances and suppers, dinner and prizegivings and latterly their participation in the Senior Members Group. As a club we have much to be thankful for Peter's foresight, his ability to negotiate and his love for the club and wish to see it develop and thrive shone through his leadership and his continuing membership and support of the club.

Always gentlemanly in his sailing, he and wife Margaret were keen members of the Enterprise fleet and introduced their 3 children, Cathy, Michael and Robert, to the sport of sailing, and also former Commodore Bernard Clark. Bernard has this to say:

I owe Peter, Margaret and their family a huge debt of gratitude. We moved to Harrogate from Bracknell, to the house next door to Peter and Margaret's. Peter encouraged me to try sailing on a Saturday afternoon I sailed with Mike in 'The Purple People Eater' the family's Gremlin dinghy, and I remember being taken for hot chocolate in Starbeck on the way home after capsizing. Because they didn't want me to lose my confidence, on the Sunday (without any proper sailing kit) I was plonked in the front of an Enterprise helmed by Geoff Crowther (the Architect who designed the clubhouse and father of my good friend Andrew). After that I was hooked and the rest is history as they say I would often badger the Staples for crew jobs and lifts to the club and their support meant so much to me (my parents really didn't get sailing!). Peter, and his wife Margaret, are responsible for introducing me to a huge number of life long friends, a sport which has been so much of my life and through which I met my wife and which now drives our daughter's ambitions. It's funny how a chance move can introduce people that can have such an impact on you! I last saw Peter just a month ago. He will be very much missed.