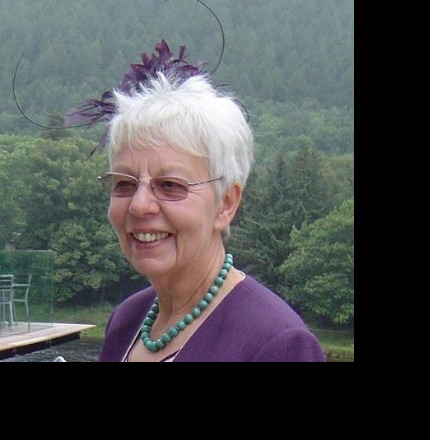 The club is sad to announce the death of Honorary member Barbara Darling on 4 July after a short battle with cancer.

Born in Corbridge in 1937, Barbara spent her early childhood in North Yorkshire and Northumberland and obtained a scholarship for a Stockton girls' school before going to Alnwick Teacher Training College to become a secondary school maths teacher.

Jobs in Ripon and Manchester allowed her to enjoy her love of hockey and the outdoors and she became heavily involved in outdoor education at many schools she worked at; leading walking & climbing expeditions to the local hills and Scotland. As part of these activities she was introduced to sailing and after returning to the North East in the late 1960's she joined Tynemouth Sailing Club and started crewing for David in his National 12.

Sailing formed a large part of their leisure activities after their marriage and as part of her teaching career she also became involved with the newly formed National School Sailing Association (NSSA) and became a Sailing Master (the basis for the RYA's Dinghy Instructor qualification). She regularly took youngsters sailing or into the hills in a 29 seater bus - which she drove!

A move to Leeds led her and David to join Ripon SC along with their young daughters, Fiona & Naomi, in the early 1980's. Barbara got involved with the training programme, eventually becoming Training Principal, and also set up a large amount of the structure the club still benefits from today within their Youth & Junior programme, running the club's first RYA Young Opportunity sailing course in 1987 as well as taking young sailors from across the region to the NSSA's national events for over twenty years.

After their retirement back to the North East in 1996, Barbara enjoyed sailing and being actively involved at both Tynemouth SC and Derwent Reservoir SC in the family's National 12s, RS200 and Mirrors as well as acting as Training Principal at Tynemouth SC while they established their training centre.

Barbara was presented with the RYA's President's Award in 2003 in recognition of her contribution to youth sailing development in the north.

In recent years Barbara & David joined Bassenthwaite SC having spent many happy weeks there as part of the annual Bass Week regatta and they both enjoyed pottering on sunny afternoons or joining in with the racing. Whilst her ill health in the last few years had prevented her from participating herself, she found great joy in spending time at sailing clubs and watching the sailing, particularly as her grand-children took to the water and learnt to sail themselves.

Our thoughts are with David, Fiona & Naomi and their families at this time. As the next generation of young sailors come to love the burble of water under their bow; may her legacy and contribution to the sport live on.